Euro College was formed on the 11th of November 2003. On 29th of November the college has signed an agreement about academic support with North European Studies from Greece, representing the programs of Chartered Management Institute, UK. Since then the college has been cooperating with numbers of foreign universities and colleges: University of London, University of Wales, Kensington College of Business, London City College (UK) and American City University..

Since 2008 Euro College is accredited college by the Accreditation Board of the Republic of Macedonia. Euro College is also an affiliate institution with the EDS Professional Academy from Penang, Malaysia and an authorized center of the Institute of Professional Management (ICM), a government body from UK.

Euro College was awarded a European Quality Award in October 2010 as a result of its outstanding achievements in the area of global education. In December 2010, in Vienna, Euro College got a prestigious “Best Enterprise” award by the European Business Assembly, while the Dean of the college, Dr. Petrusevski Ljubisa was voted “Manager of the Year”. In a period of only three months between May and August 2011, the college was accredited by two distinctive international accrediting bodies – IDEAL and EDU.

Euro College offers academic courses in the area of Business Management but also customized courses to the working professionals in the country in the area of Tourism and Hospitality, Law, Real Estate and Transport and Communications.

Since its inception the college actively worked on the establishment of international network of partner colleges and universities not only in the Balkans but also in the rest of Europe, in USA and Asian countries.

This way the college provides Macedonian and USA undergraduate and post- Graduate courses to local students but also attracts international students from other regions to study at a competitive cost.

The international network also enables the students to study for at least one year in a particular country and have the option to transfer to other partner college in a different country. Thereby the student will not only benefit from the academic experience of studying for the European and USA qualifications but also from the cultural experience of transferring to a partner college in a number of different countries. 1 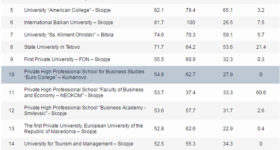 Euro College two position up in the new Shanghai Ranking… 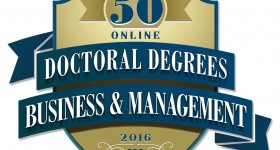 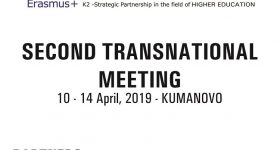 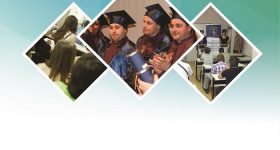